You cannot go back to Krakow. You have to stay here

I was allowed to enter the conclave, officially not closed yet, so I was able to greet my former Archbishop.  He spoke to me, smiled, whispering into my ear a humorous, unreliable saying in the Roman dialect about the Cardinals who chose him.  And, I was totally stunned. I asked myself if it was all true.  I came back to the Vatican the next day.  After the Holy Mass with the Cardinals, Pope Wojtyła took me aside: “You cannot go back to Krakow.  You have to stay here.  You have to help me… “.  What could I say?

The Secretary of state, Jean-Marie Villot, came to accompany him to the Papal apartments.  Karol Wojtyła went there for the first time.  He looked around a little, curious, but not too much.  For his inner world, the outside world had a little meaning, even if that was the third loggia of the Apostolic Palace.  He thanked Cardinal Villotus and sat at the desk of the pontifical cabinet to write a homily for the inauguration of his pontificate.  Of course, he wrote it in Polish, from his head, with some small amendments.  After translating it, as a practice, he read it in Italian in the presence of his butler Angel Gugel:  “Don’t worry.  Just tell me when I will make a mistake, as I have problems especially with accents… “ 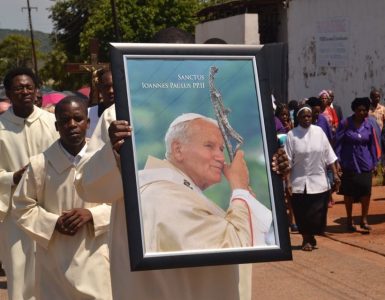 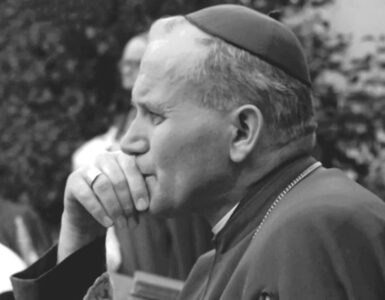