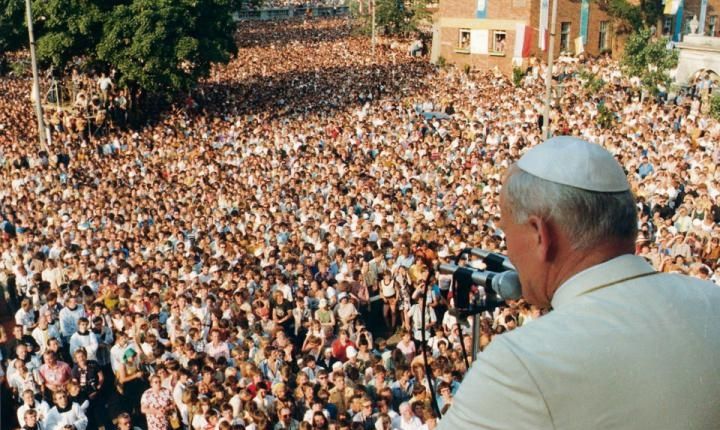 They are pulling my cassock

After all, it is not that the Pope is leading young people from one end of the globe to the other one. They lead him. And, even though he is getting older, they want him to be young; they do not let him to forget his own experience, his own discovery of youth and its importance in the life of every man. I think that this explains a lot. I have already traveled through the world a little and wherever I go, I meet with young people. In different languages, somehow I speak to them and they speak to me and they behave in similar way. And, when I talk with young people, even the language barriers are not so important. Of course, it is difficult to speak to the English people in Polish language, but when it comes to what is inside then all young people are similar to each other and open up to the same thing, waiting for the same thing…

Moreover, all over the world young people have become accustomed that where the Pope comes, there they are the first ones around him. I’m very happy about it. If I had not learned that before – and, you cannot forget it – if I did not learn what it means to be young, how beautiful it is and how difficult, then most likely I could not and they would not pull my cassock everywhere: “”Come on, stay with us.”