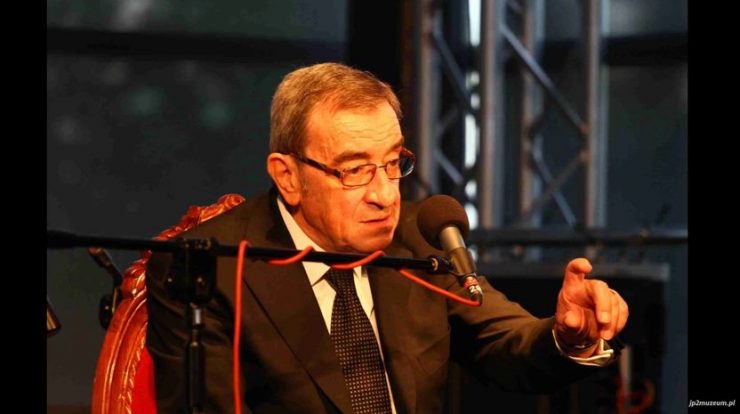 John Paul II was a man of great love

Events related to life and service of St. John Paul II recalled in a special testimony Arturo Mari, Papal photographer, who on June 8th was in Auschwitz as a special guest of the celebrations related to the 40th anniversary of the Polish Pope on the Oświęcim region.

The organizers of the jubilee events emphasize that the Holy Father’s visitation of the former German concentration camp will remain as one of the most important in the history of Auschwitz as well as the Auschwitz-Birkenau State Museum.

The meeting with the famous photographer took place in the St. Maximilian Kolbe Church in Oświęcim.  Recalling John Paul II, Arturo Mari emphasized that the Pope was “a man of great humility and love” and he was calling for human dignity around the world.  The photographer recalled amazing moments when away from the photographers’ flashes, totally selflessly he was expressing his concerns and love to ordinary people.

Mr. Mari, among others, reflected on the Pope visit in Kinshasa in the Democratic Republic of Congo.  He admitted that he witnessed that during the meeting with children sick with AIDS, John Paul II walked up to one of them. “He picked one child, whom he took into his arms and as a dad, he started to cuddle that child, singing lullabies and whipping that child’s face with a handkerchief.  The child opened eyes and smiled.   The Holy Father hugged mother and father” – he said and stressed that upon leaving the hospital, the pope went to nuns, who were taking care of the children.  “This Pope’s gesture leaves us speechless.  He fell to his knees, kissed hands of the nuns, thanking them for their presence and mercy which they provide to patients.”  – He said.

Arturo Mari, who only to John Paul II made six million photographs, recalled some of the pastoral pilgrimages of the Saint.  He recalled, how in Korea, he met with 800 lepers who were living on a special island.  Against decisions of the local authorities, he went to each leper.  “He blessed and kissed each of them” – he added and also recalled strong words of the Pope that were directed to the Sicilian bosses of the mafia.  He also referred to the meeting that was held many years ago, when John Paul II met with a dictator from Sudan, when the Pope in sincere words criticized the actions of the African’s dictator, responsible for the massacre of the Sudanese.

The photographer recalled also joyful and even funny stories from his life at the side of the Saint Pope.  He recalled, that during a visit at one of the parishes in Rome, in front of the Holy Father appeared a small boy, who as a birthday present for the Pope gave him a candy. The boy ran away from his mother as he wanted to make it to the meeting with the Holy Father.