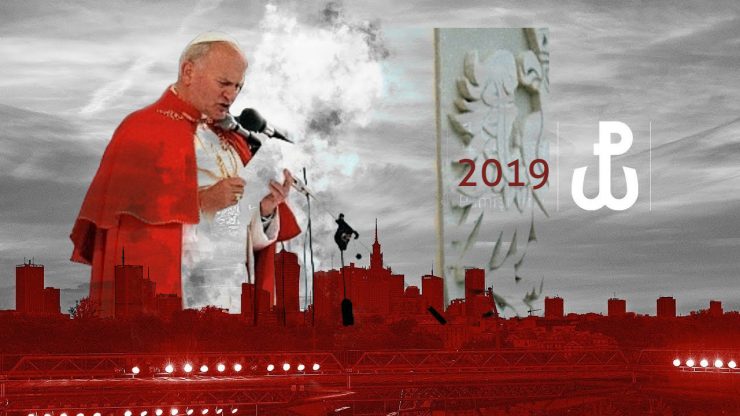 John Paul II on the 50th anniversary of the Warsaw Uprising

It can be said that the Warsaw Uprising was the most radical and bloodiest of all Polish uprisings. It had enormous number of victims: not only the destroyed Capital, but also tens of thousands of human victims, especially among the young generation of Poles. Some ask themselves whether it was needed or if it was needed on such a scale? This question cannot be answered only in purely political or military terms. Rather, one should silently bend his/her head in front of the extent of the sacrifice, in front of the magnitude of the price that the generation from fifty years ago paid for the independence of their Homeland. In paying this price, perhaps they were excessive, but this over generosity was also their magnanimity. There was hidden response to this call that Christ brought, especially by their own example, giving up their lives for brothers: “No one has greater love than this, to lay down one’s life for one’s friends.” (…)” All this heroism of fighting Warsaw had a very vivid Christian mark. In places where the fallen insurgents were buried, crosses and candles are still being burned today as a sign of faith in communion of saints and eternal life. You must trust that the 50th anniversary of the Warsaw Uprising will confirm this faith and thus will solidify the hope in the upcoming generations: not only the hope of eternal life, but also the hope of preserving and developing this common good, which bears the name of independent Republic of Poland.
Remembering today with honors the Heroes of the Warsaw Uprising, one more aspect cannot be overlooked. During these days, it is difficult not to recall all priests who participated in the uprising as chaplains and religious nuns and nurses, as well as Masses celebrated among falling bombs and artillery shells.
In my thoughts and spirit, I kneel today on the graves of the fallen Insurgents of Warsaw, and I pray that Christ, the Lord of history and nations, will reward their sacrifice with eternal life; I pray that their sacrifice, like the grain thrown into the ground, will bring a rich harvest in the life of the modern generation of Poles. Their heroic deed obliges!
I also pray for those Warsaw Insurgents who survived and today take part in the anniversary celebrations as living witnesses of those days.
Additionally, I am praying for my entire Homeland, for all my Compatriots, and in particular for the residents of the Capital, so in the day-to-day effort of building just and prosperous Poland, they will maintain fidelity to this great heritage of heroism and sacrifice.
I bless all participants of the 50th anniversary of the Warsaw Uprising from the bottom of my heart: in the name of the Father and of the Son and of the Holy Spirit.
Vatican City, August 1, 1994