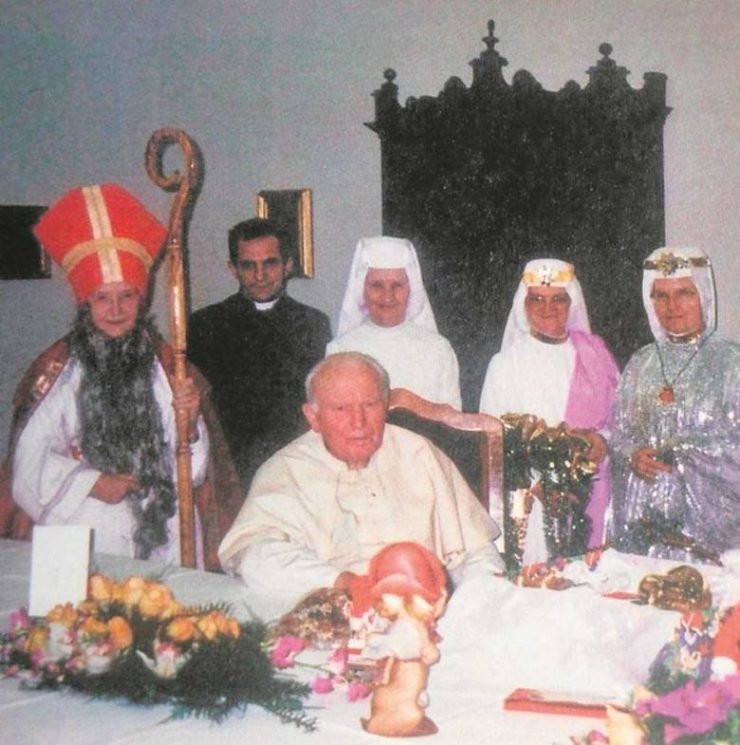 It was a joyful Papal tradition

One day, I asked the Archbishop with what John Paul II surprised him.  But in fact, the question meant to identify something that will indicate: I wouldn’t expect that from the Holy Father.  For that trivial question, I got an absolutely unusual answer: Mikołajki (Santa Claus).

I was very surprised when in the first year of my service December 6th came.  One of the nuns came dressed as Santa Claus.  There were also angels and gifts for everyone.  It was a big surprise for me, as after all, we were adults; we, as well as, nuns.  However, somehow this feast was at the Holy Father’s home always celebrated; the same way as we remember it from our childhood.

– After supper, Santa Claus was coming with a bell and with angels to refectory.  Of course, he had a bag full with gifts.  At first, there was a humorous part, artistic, you can say.  Santa Claus has always said something about the Holy Father, about the secretaries, about the nuns; revealed who behaved well and who did not.  Then, he gave away gifts.

– What were you getting?

– We were getting small gifts, symbolic one: sweets, scarf, sometimes a t-shirt.

– And, the Holy Father, what was he getting? The same?

– Rather, yes; mostly sweets, which he liked so much; sometimes fruits.  But also, I remember a scarf, some gloves.

– Was this tradition celebrated every year?

– Who was dressing as Santa Claus?  Which nun?

– It is our secret, as nuns would be upset with me later on.

There were no gifts under the Christmas tree.  Until the end, gifts were the domain of Santa Claus in early December.