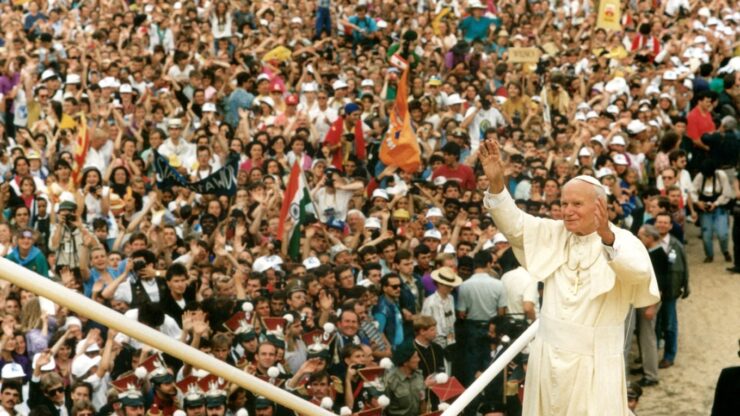 He needed them as much as they needed him

There was no preferential treatment… He was telling them about true values, not rotten compromises.  He was describing ideals which they should try to reach and he made them willing to achieve the goals.     It was because the Holy Father was saying the truth.  They knew that he is not fooling and if they will follow Christ, then they will find happiness and that is the only way.  In Rome, there was a vivid proof that the spiritual leadership of John Paul II was bringing fruits.   For so many years, he was upbringing young people; he was going to see them in various parts of the world.  He was thinking about them, praying for them and with them.  He believed in them a lot.

–  How was he experiencing these meetings?

–  The Holy Father was very happy as he was seeing the fruits and he knew that he despite the age and weakness, he did not lose the contact with young people.  Once he said to young people: “With whom you are meeting, the one you become” (‘who keeps company with wolves will learn to howl …’) and let the Poles translate that to you.  He needed them as much as they needed him.

–  Was he looking forward to the meeting in Cologne?

–  Yes, he really wanted to go to Cologne, but he was also saying: “the one, who will live, will see.”  Well, unfortunately, he was not able to do it.  His successor went.