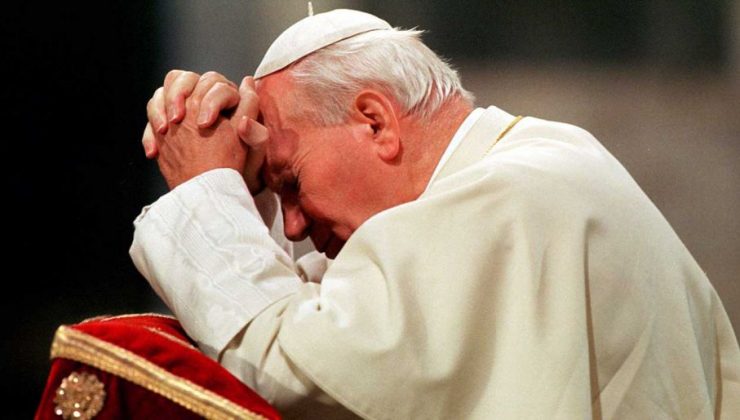 He had his favorite Saints

– Saint Stanislaus was a special Saint for him (…) He had his relics in his private chapel.

– He had many more: approximately ten; among others, Saints Peter and Paul.  When, there was an examination of the St. Paul’s tomb going on, they were transferred in a special box to the Holy Father’s private chapel.  There were relics of already mentioned St. Stanislaus; there was St. Maximilian Kolbe’s hair.  There were also relics of Saint Brother Albert.  If I recall correctly, there were also St. Faustina’s relics.  He kissed them every time he was passing by them. And, when he was not able to walk and we helped him to move around in a wheelchair, we always stopped at the table with relics, so that the Holy Father could pay homage to them; to be able to kiss them.  He had a very personal cult towards them.  (…)

He had his favorite Saints:  Stanislaus, Wojciech, Francis, and John of the Cross.  He had a special cult for St. Faustina.  He himself beatified more than 1300 people.  Almost half a thousand he proclaimed Saints.

– Does the Archbishop remember the moment when for the first time thought: This man is holy?

– I remember that many times I had that thought.   Every time, the Holy Father became absent from the things around him and was going into a different dimension, the dimension of prayer and the absolute union with the Lord, so many times I thought that this was holiness, this particular bond with Christ.  Then I looked at people who, from meeting with the Holy Father, came out transformed, filled with power.  I knew that there had to be a holy source in him; a great gift that has been fruitful in dealing with both the small and the big people of this world.  Sometimes, a short moment was enough, Holy Father’s passing by or a gaze.  During pilgrimages, I was observing the reaction of the crowds. Somebody cried with joy and shouted, “He looked at me!”  Someone else stood motionless.  Like these people, I have also felt in the Holy Father passing God; as if His shadow passed among us.